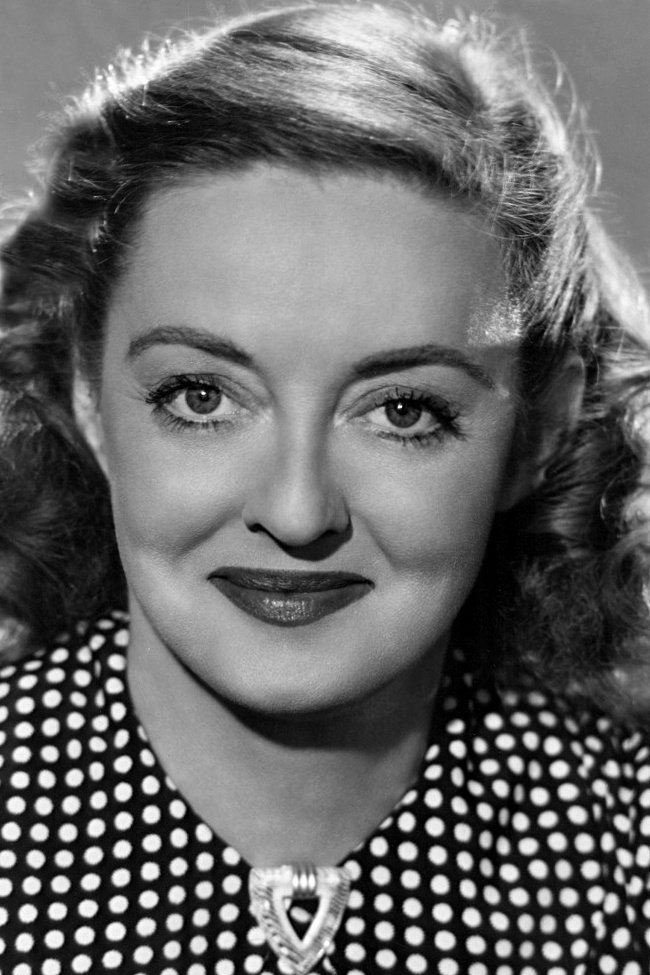 One of my favorite things about media is classic cinema. Growing up my mother ushered me into this world by introducing me to Turner Classic Movies. With that I invested myself with a growing collection of DVD’s and Blu-Rays of classic movies. Of course like your favorite superheroes, or character in a television sitcom. I have favorite actors and actresses I’d like to discuss. So for my first highlight post, I’d like to start with my absolute favorite, Bette Davis. For these highlights, I will be including a brief biography, and selected filmographies among other tidbits relating to the starlet.

Born Ruth Elizabeth Davis, she was a lioness on the screen. An actress dedicated to her craft. Taking roles other actresses in the era of the 1930’s-40’s did not dare to partake. Like many actors and actresses of the time, they were discovered often in New York City by studio big wigs. Davis like many was poached off the open stage and into a closed set. She first set out for Hollywood and did a screen test for Universal. Universal liked her and offered her a contract. After a string of commercially failed movies, Universal decided to let her go from her contract. Desperate to continue acting Bette was soon to be en route back to New York to perform again on stage. Until Warner Brothers called her, and that was the beginning of of something beautiful.

Warner Brothers signed Bette to a seven year contract where she starred in her most beloved films of her career. But her relationship with the head of Warner Bros, Jack Warner was not always “professional” as you may think. Her first film “The Man Who Played God” (1932) with WB paved the way to becoming a glamorous movie star. Soon after, Bette caught wind of a movie she was desperate to star in, “Of Human Bondage” (1933), which was being made by rival studio RKO Pictures. Jack Warner did not want loan out Bette to RKO for this picture because he was nervous a movie like that would tarnish the glamorous image WB built for Bette. The role of Mildred was not glamorous or appealing to other actresses asked to play the part, but Bette did not care. She wanted this role to show the world her acting chops. After constant begging Warner reluctantly agreed to loan out Bette to RKO and make the picture. To their surprise “Of Human Bondage” was a hit and earned her an Nomination for Best Actress.

With all this success, Warner Brothers gave Bette the shaft in a sense that they were making her star in these movies she had no interest of being apart of. So in 1936 without permission of Warner Brothers, she ran off to England to star in a movie she was offered a part for. They brought her to court and won, forcing Bette to come back and continue to be in movies by them.
This case brought a lot of attention, prompting Warner Brothers to re-think their contract with Bette Davis. Putting her in vehicles that became some of the best movies of her career. Some include “Jezebel”, “Dark Victory”, “Now, Voyager”, and “In This our Life” to name a few.

Bette Davis was in the prime of career in the early 1940’s. Not only an actress but a good samaritan. During World War II, she was responsible for opening The Hollywood Canteen. Which offered food, had a dance floor for soldiers who were going to be shipped off to fight in the war. The Hollywood Canteen was huge! Soldiers were being served and comforted by some of Hollywoods biggest names. Towards the end of the 1940’s Bette’s success with Warner Brothers began dwindling as younger starlets began to grace the screen and audiences were more captivated with them as compared to Bette. Ageism was Bette’s biggest enemy. By 1949 she was let go from Warner Brothers. But did continue to star in a good handful of positively received movies up until her death in 1989.

Here is an interesting podcast episode about Bette Davis “You Must Remember This” By Karina Longworth. Discussing her career and involvement with The Hollywood Canteen.