https://informallynick.com/category/brc223/
I originally used this current domain to host my posts for Integrated Media Writing and Design. Click the link below to see all the posts I created for the class.

Survey of theories and concepts for understanding emergent media forms, focusing on the growing interrelation between the fields of computer science, media art, and media/cultural studies. Through a series of short hands-on projects, students learn media design principles and explore the social, political and economic impact of integrated media.
Taken in conjunction with Graduate Students

http://sprbreakfest.com/
This was a semester long group project which was led by a participating Graduate student. My primary role was the photographer, and social media integration.

A study of the techniques used in writing continuity for today’s media. The student will examine the advertising industry and its impact on the public and should gain a working knowledge of the special requirements of creating specific types of continuity for a special medium. Students will be required to write, edit, and produce copy for a variety of media.

Here is a final project for the course that required me to create a Television and Radio advertisement for The Criterion Channel. Within this document, also has a social media plan.

A history and analysis of film genre. The course will examine the notion of film genre as distinct from other notions of genre, in particular, literary genre. Special attention will be paid to horror, melodrama, film noir, musicals, science fiction, and teen pics.

This is a piece of scholarly writing of mine titled “Film Noir: A History and Film Analysis

This course will involve a study of the traditional theatres of India, China and Japan, with an in-depth exploration of the traditional and contemporary theatre of Japan. Production and performance practices are placed in the larger context of the societies and cultures that they are a part of. These Eastern Theatres have influenced the direction and dynamics of 20th Century Theatre in the West. East-West fusion forms of theatre will also be studied.

Scientists communicate with each other through technical presentations and peer-reviewed journal articles, both outlets that miss the larger public. To bolster public trust in science, journalists, scientists and writers must communicate scientific research through media that is engaging and interesting. This can create inconsistent reporting that leads to a wide variety of issues that polarize society–global climate change, evolution, stem cell research, etc. This course covers the nature of science, its interactions with media, and the various types and processes of media.  It also defines current norms in social media and how scientists, journalists and every-day citizens use these tools to communicate scientific truths.  A hands-on training with various media is provided.

Here is our website that we are worked on for the whole semester that we used to showcase communicating science using different forms of integrated media
http://slicesofscience.com/

The National Parks are part of America’s highly treasured and spectacular landscapes, but even these wild places can be the battleground for some of America’s most polarizing debates. In this class, we will explore the rhetoric surrounding America’s National Parks and other protected areas and use these spaces to unpack the relationship between Americans, their land and how we communicate the meaning National Parks hold. Through hands-on analysis of media formats such as pamphlets, newsletters, websites, virtual reality, and social media, we’ll explore how we make meaning about the parks in our media landscape.

Here is a guest post on Dr. Serenity Sutherland’s website Between Two Parks showcasing an E-Book I created pertaining to Ecology’s Struggle Within The National Parks: 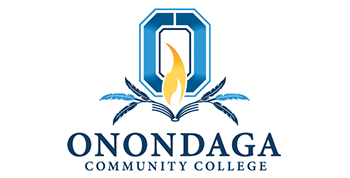