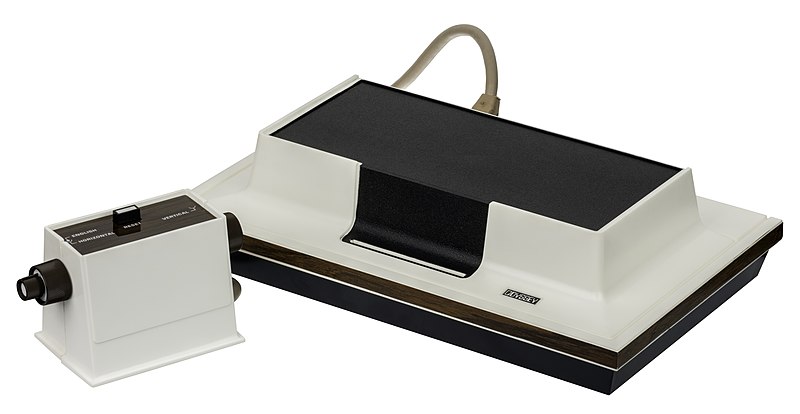 The idea for a video game console can be traced back to Ralph H. Baer in 1966. He and a team comprising of Bill Harrison, and Bill Rusch started developing prototypes. After seven prototypes, lucky number seven known as the “Brown Box” was chosen by Magnavox to go into mass production. The console sold a total of 350,000 units, and having only around 28 games in their catalog.

There were two controllers for the odyssey. It had two knobs that controlled horizontal, and vertical movements. Which was seen in their game ‘Table Tennis’. That game was included when you purchased the console. Basically it was their own version of ‘Pong’.

The Odyssey is Limited

The Odyssey was considered pretty advanced in that day in age, but comparing it to today it is very limited technologically. The system did not have a sound output to the television. It only could show black and white images. As well as it was plagued by confusing marketing. According to the Smithsonian’s page about the Odyssey, consumers were given the idea that the Odyssey only worked on Magnavox branded televisions. This was the fault of the Magnavox salesmen giving these false claims. Magnavox also sold color overlays on your television to give the consumer better immersion into the game that they were playing. They also sold poker chips, play money, and card decks to further combine both worlds of physical and digital gaming.

The Odyssey was the first ever major commercial home console product. This helped paved the way for Atari, known to be big in the arcade scene began selling home consoles like the Atari 2600 etc. The Odyssey is the great grandfather of consoles spawning the many generations of video game consoles to come.

Wikipedia’s entry on the Magnavox Odyssey