It is hard to believe that it has been ten years since one of my favorite shows, Rupaul’s Drag Race has been out. While channel surfing, I stumbled upon ‘Rupaul’s Drag Race’ in the channel guide on my tv. I have never heard of a show like this before. When I flipped to the channel, I wanted to know what this show was all about. By the time I clicked onto the channel it was on commercial. RuPaul’s Drag Race is a competition reality show where a small batch of drag queens compete to be ‘America’s Next Drag Superstar’. The show has gotten a massive following as of late. For me, I knew of drag and RuPaul beforehand but I did not understand the culture until the show. Now drag has fascinated me to no end, I love the culture , and the community it created. Right now, the show is doing their new season of All-Stars where they bring the best of the best from previous seasons to compete to be in the ‘Drag Race Hall of Fame’. But right after we find out who is the next all star next week is. RuPaul is blessing us with season ten right after!

Why is Drag important to culture? 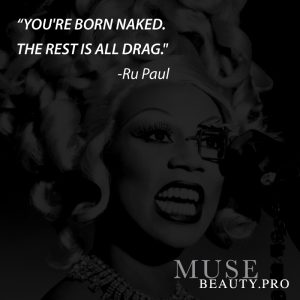 To me, RuPual is an inspiration. Like a prophet. his sayings, quotes, and outlook on the world are somethings I can relate to. His life story is rather fascinating. He was probably more independent when he was my age at 21 than I am. RuPaul has created a empire. Besides Drag Race, he has co-produced shows featuring the queens who have competed like ‘The Trixie & Katya’ show on Viceland. He also has an excellent weekly podcast with co-host Michelle Visage. Their podcast, ‘Whats the Tee’ is hysterical, insightful, and very inspirational. Often they bring in guests who discuss their careers. Which I listen with deep interest because I want to learn about show business. It is not an easy field and hearing about their experience helps ease potential tensions when I am job hunting.

A trailer for ‘Paris is Burning’. A documentary about drag culture in New York City, unrelated to RuPaul. But it is an important film about drag